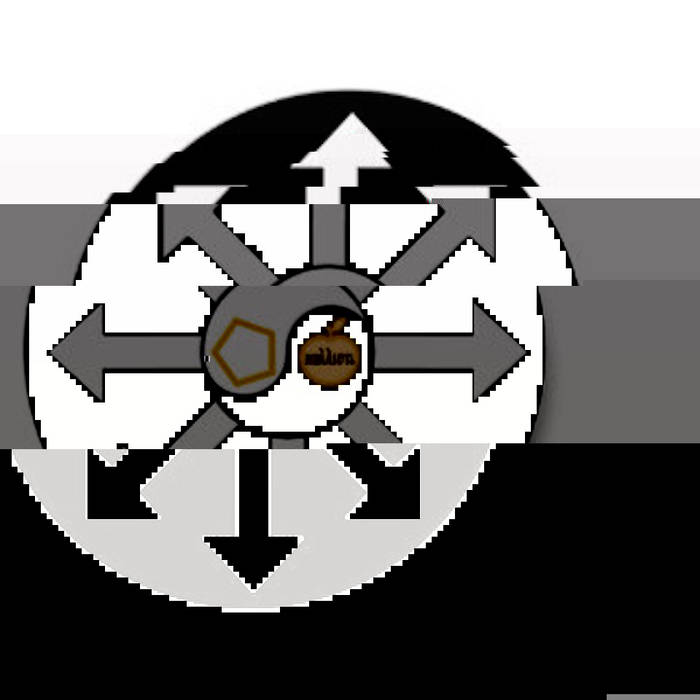 The Five Stages of Chaos are five stages that every ordered society passes through (the reason for this may be that Ordered Societies are actually an abberation, and everything is brought back from Order into Chaos). The first three of these stages can be compared to the Hegelian principle of Thesis + Antithesis = Synthesis. The last two are the effects of which Hegel neglected to mention, namely Parenthesis (also called Bureaucracy) and Paralysis, sometimes called Aftermath (basically a resurgence of Chaos after bureaucracy collapses in a heap of paperwork).

The first stage of the five stages is called Verwirrung or Chaos. It is the point from which society begins, the Natural condition of humanity, and the stage to which society will return.

Chaos, then is the fundamental Thesis - or basis of life. This can be equated with the goddess Eris, and the feminine aspects of creation. Basically, the best way to understand this stage is to look at the Natural world around you.

The second stage of the five stages is called Zweitracht, and begins with the appearance of a ruling or governing class. This Order is the Antithesis of chaos, of course, and leads directly into discord once the servile class realizes that the ruling class does not hold their interest at heart.

This correlates with all male, monotheistic dieties, like Jehovah and the like, especially correlating with the symbol of the All-Seeing Eye. Naturally, a Zweitracht era is always replete with "internal contradictions" and someone (like Karl Marx) always arises to point them out.

The third stage of the five stages is called Unordnung or Confusion, and occurs when an attempt is made to restore balance or arrive at the Hegelian Synthesis. It is an attempt to restore Nature's balance through unnatural means (like modern medicine...)

This correlates with trickster-type entities, like Loki, the Devil, Mercury, Thoth, or Coyote, and other spirits of illusion or deception.

The fourth stage of the five stages is called Beamtenherrschaft or Bureaucracy represents the Parenthesis that results when the Hegelian Synthesis does not succeed in connecting the opposites.

This correlates with the Void, and the absence of Divinity. The Tarot card associated with this stage is the Tower, which is the usual representation of the Tower of Babel.

The fifth stage, Grummet or Aftermath represents a return back to Chaos. Bureaucracy chokes on it's own paperwork. Flow is restored. Life is returned. Equality is restored.

This correlates with male and female deities combined.
-Anonymous


the five stages of chaos = 67 = Reality is the already done! = mathematics equals god = sat chit ananda = batrachean = oracle of Delphi = the Great Architect = high vibrational frequency = The Blind Idiot God = the key to the outside of the universe we inhabit = flame of the heart = luke martin richard andrews = i enjoy starting and initiating projects = chaostafarianism = balneum maraie = hand eye coordination = philadelphia = searching for a reason to carry on = infused with the essence of consciousness = fully diminished seventh chord = Blessed Virgin with Child = All numbers are infinite = a new religion of chaos = CAPEDITIEA = IALDABOATH = CHINNAMASTAKA = to understand the Knowledge of the Universe = Akashic Record = another king shall reign (AL III:34) = Aticandika = Be friends with the fire = Because thou wast the knower, and me. (AL II:13) = before the fall = final resting place = free radicals = freedom of speech = gender bender = he that is filthy shall be filthy still (AL II:58) = He that is righteous shall be righteous still (AL II:57) = Heed this warning, that is why it was put in here. This is the number = Mary Magdalena = Master The Qabala = Scribe of Death = shells of the dead = Such a rude awakening = The Death And Resurection Of Horus = The desire of God is for Man to surpass god = the dreamer awakens = the eternal chain = the greatest war the world has ever or ever will see = The Hidden Creator = the killing field = The Paradox of A Paradox = The secret of magic = Their Time Is Coming To An End = to kill a mockingbird = Vision of holy gaurdian Angel = We have nothing with the outcast and the unfit (AL II:21) = yet an invisible house there standeth (AL III:34) = worshipful Gnostic master gods quintessential moonchild = arabic-only flesh brothers = the awoken red lion brings abrupt vicious scorn =
[GoN]